Read text
Performing to the Sound of the Wind (2018)

Performing to the Sound of the Wind follows a previous video installation titled In Exile, which aimed to poetically unfold the struggle and the sense of frustration that arise by having to channel multiple languages, selves, being in a state of in-between, and undergoing the displacement of body and experience.

This work focuses on the notions of habituation and overcoming reconciliation between the body and the land(scape) becoming momentarily possible. The body resists and releases, taking its rhythm from the relentless forces of the natural elements.

The actions are situated in a vast and open landscape in Quebec, one that could be anonymous – yet radically different from the Middle East landscapes in its colours and climate. The body, clothed in black, set against the white background, becomes reminiscent of black text on a white sheet of paper: writing, swirling, and inscribing the landscape in an act of resistance, while the violent sound of the wind tells a story that is filled with memories, blood and violence.

An object (a rope) is present on the scene, echoing the overcoming – and absurd – effort of the figure of the Persian king Xerxes (518–465 BC), who mythically punished the sea with hundreds of lashes in order to domesticate it. In Performing to the Sound of the Wind, domestication nonetheless stays within the natural order. 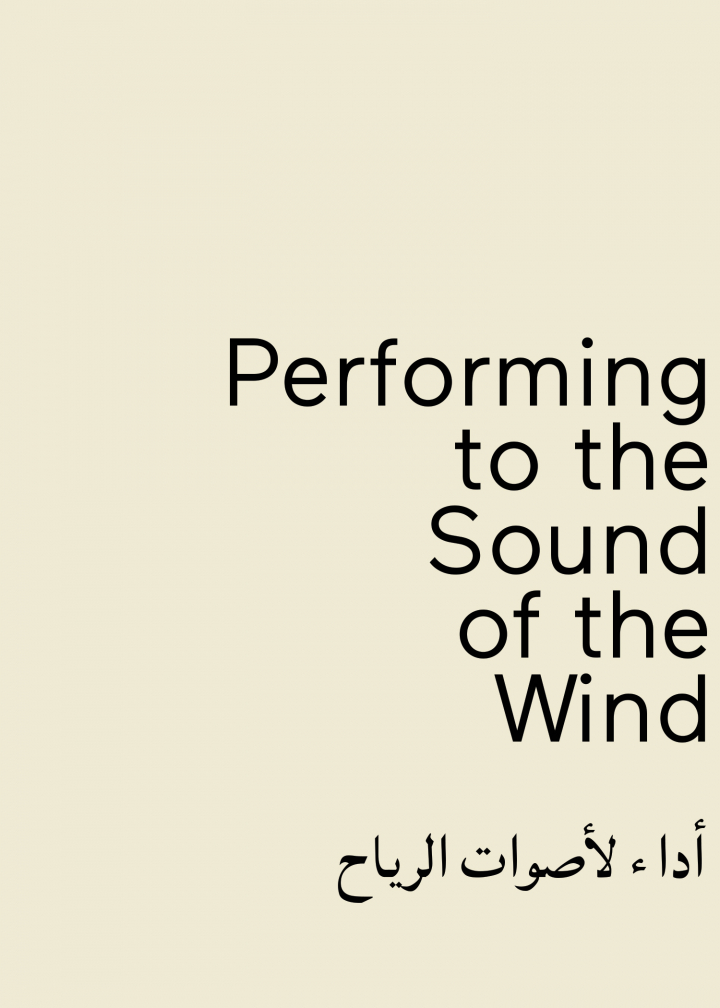 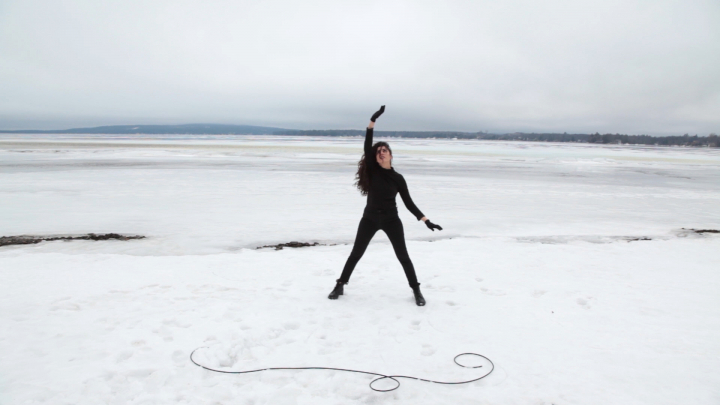 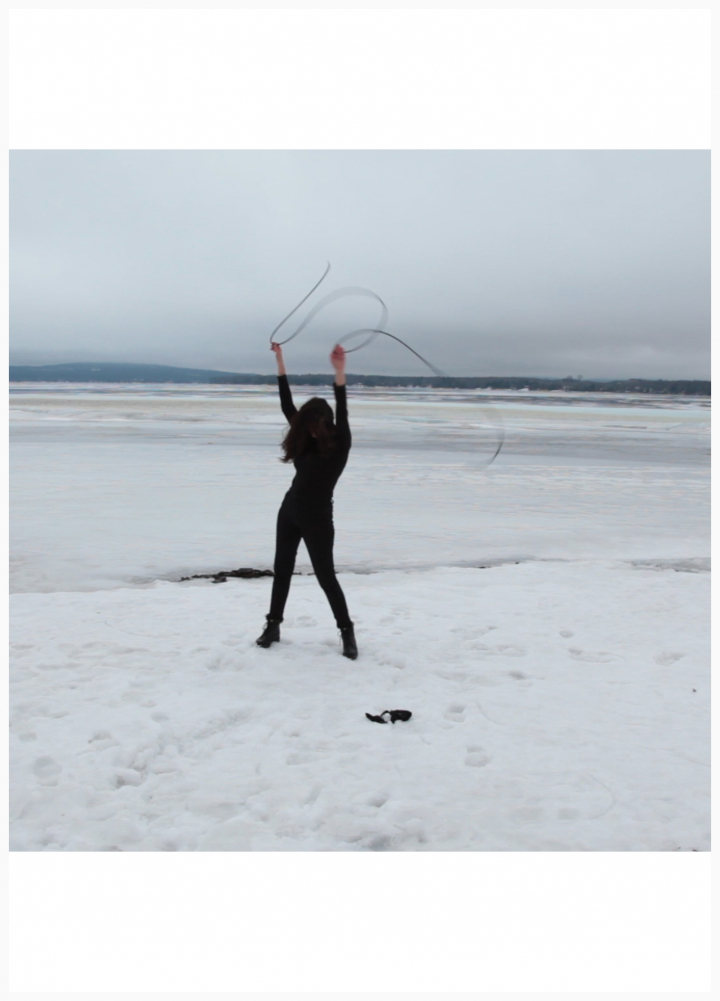 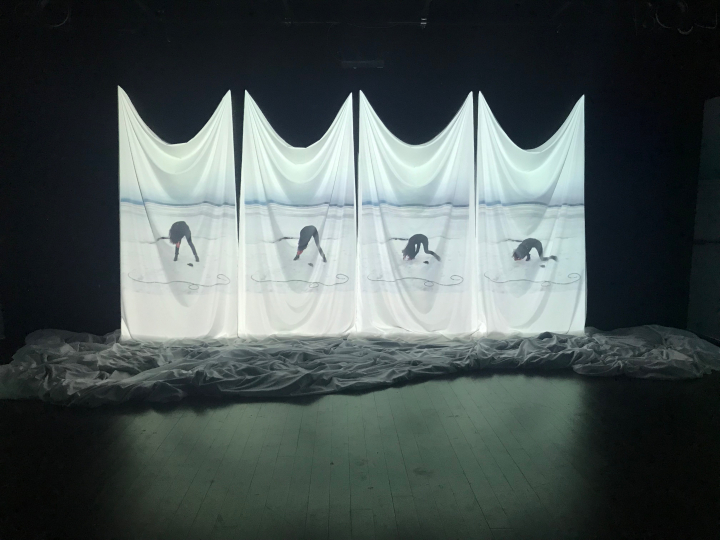 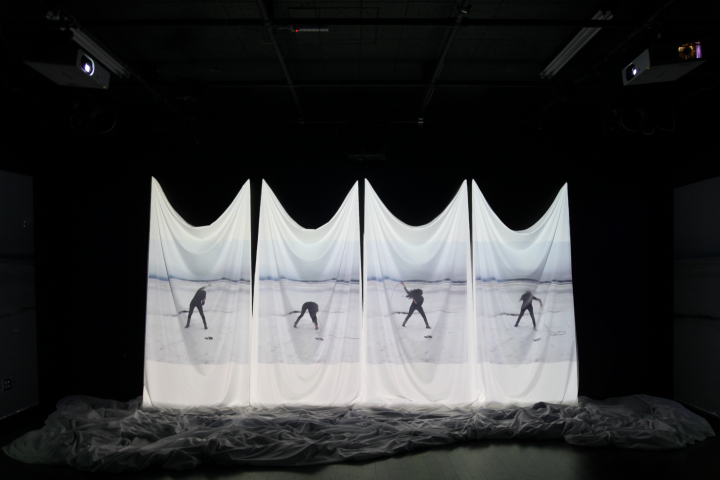