This kinetic installation is based on the idea of constructing an autonomous
device to perform and affirm an action, and therefore produce a result based on a
given set of conditions. What began as an experiment in order to understand the basic functions of electronics, I placed twelve ripe tomatoes inside twelve bags connected to (dc) motors, and recorded how often the bags collided, and if the tomatoes produced any juice through an undetermined and diverse actions of a given time.

This project was realized through how technology informs a concept, particularly inspired by the simple function of motors. Tomatoes are distinct fruit in Middle Eastern cuisine. The cyclical links between the motors, and the consumption of tomatoes culminate in absurdity and playfulness, perhaps even danger. The constant rotation enables the bags to collide at times, resulting in loud “clapping” sounds, which in turn causes the fruits to release their liquid, resulting in tomato juice. 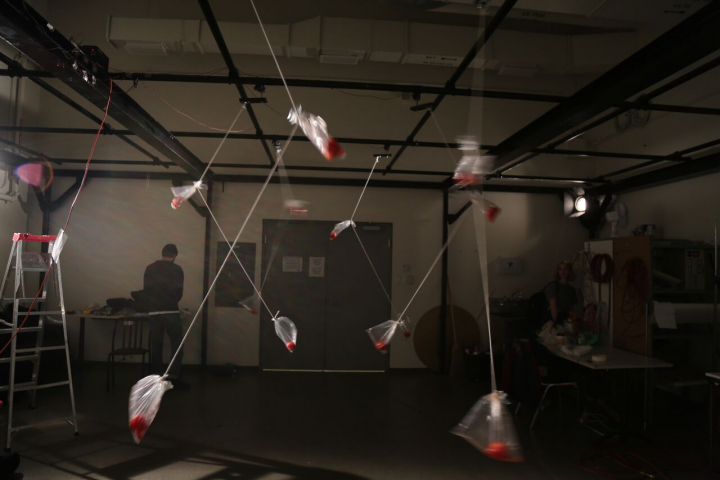 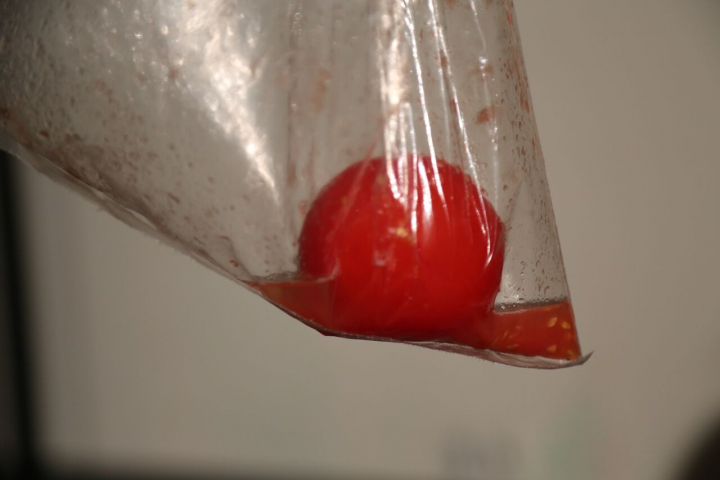